Women are more and more present in the film-making and broadcasting trades. They are getting organised in networks in order to make their work more visible and to defend a cultural policy which would make a more equal place for women. There is still, admittedly, some way to go towards actual equality of the sexes… and in the defence of cultural works.

As a promoter of women’s films the ‘ELLES TOURNENT’ association is present in these networks, it is vigilant regarding the stakes being negotiated, it is active in international debates, dynamic in the exchanges and promotional actions of women film-making. 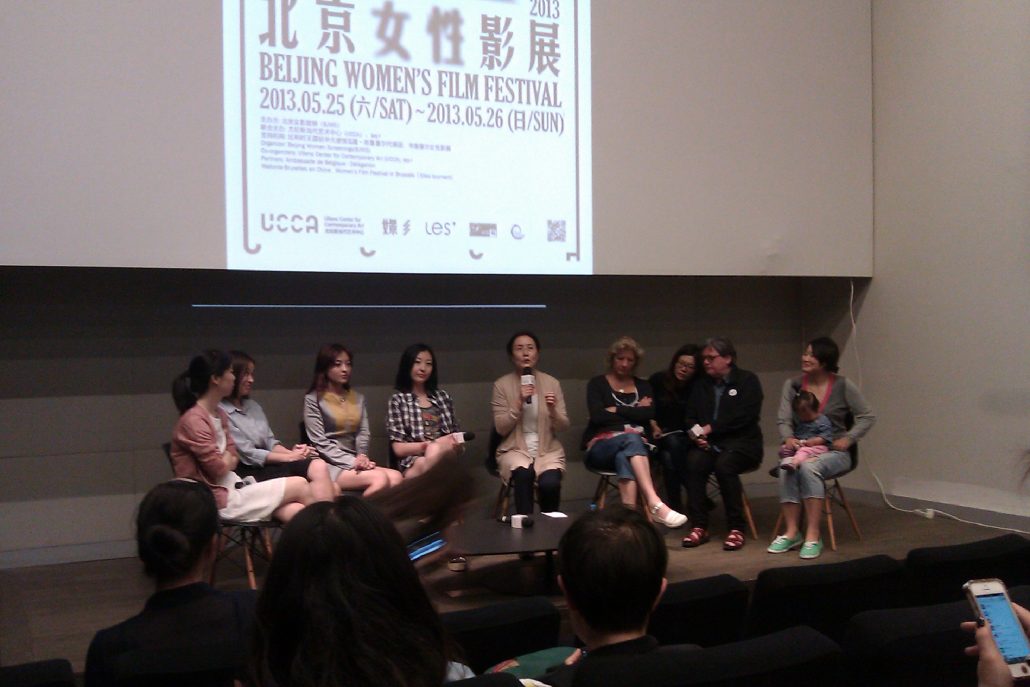 WHAT NETWORKS AND WHAT ACTIONS?

Elles Tournent’s actions don’t just go back to yesterday. Indeed, the association has participated for years in round tables, international conferences such as: the conference “Women and cinema” at the Créteil Women’s Film Festival; the conference “Numbers and letters : Women and cinema ”as part of the Forum des images in Paris; the round table “Women, Gender and Cinema” at the Flying Broom Festival in Ankara; the presentation of “Cinégalité / Cinemagelijk” as part of the conference “Gender in focus. (New) trends in Media ”; or also member of the panel to the discussions on the theme “Get yourself connected” at the Berlinale.

Over the past year, Elles Tournent has participated in numerous international festivals and debates, including those of the Créteil Women’s Film Festival, the Some Prefer Cake Festival in Bologna and Cannes. At the Berlinale, Berlin Festival, Elles Tournent was invited to a round table on the theme “Call To Action” organized by Pro-Quote Film, followed by an international meeting of women’s film festivals. At the One Women International Film Festival in Chengdu (China), Elles Tournent participated in a panel discussion on the theme: What does a women’s film festival bring to our society?

In Belgium and the Brussels region: in collaboration with Elles Font Des Films, the association of Belgian French-speaking female directors, Elles Tournent presented films during the directors’ day at Delta, the new Maison de la Culture in Namur. Elles Tournent collaborated with the Archives and Research Center for the History of Women, AVG-Carhif, in setting up the exhibition “Liberating women, changing the world” at the BELvue museum, producing the capsules of testimonies that are part of the exhibition.