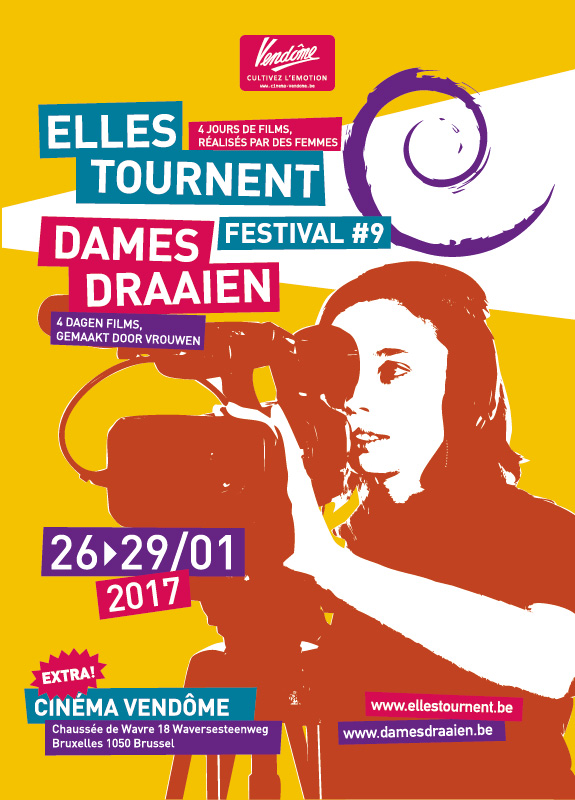 The ladies are still rolling. Come and enjoy their moving, inspiring and fun films at Elles Tournent #9, the ninth edition of the unique Brussels international film festival dedicated to films made by women.

We are happy to invite you to come to Elles Tournent Brussels International Women’s Film Festival 2017 that will take place at the BOZAR and cinema Vendôme from January the 26th to January the 29th! A great selection of movies directed by women from around the world will carry you away into multiple universes.  Fiction, documentaries, shorts, animations, master class and workshops: a range of possibilities to enjoy unique cinematic experiences.