I was still there when you left me 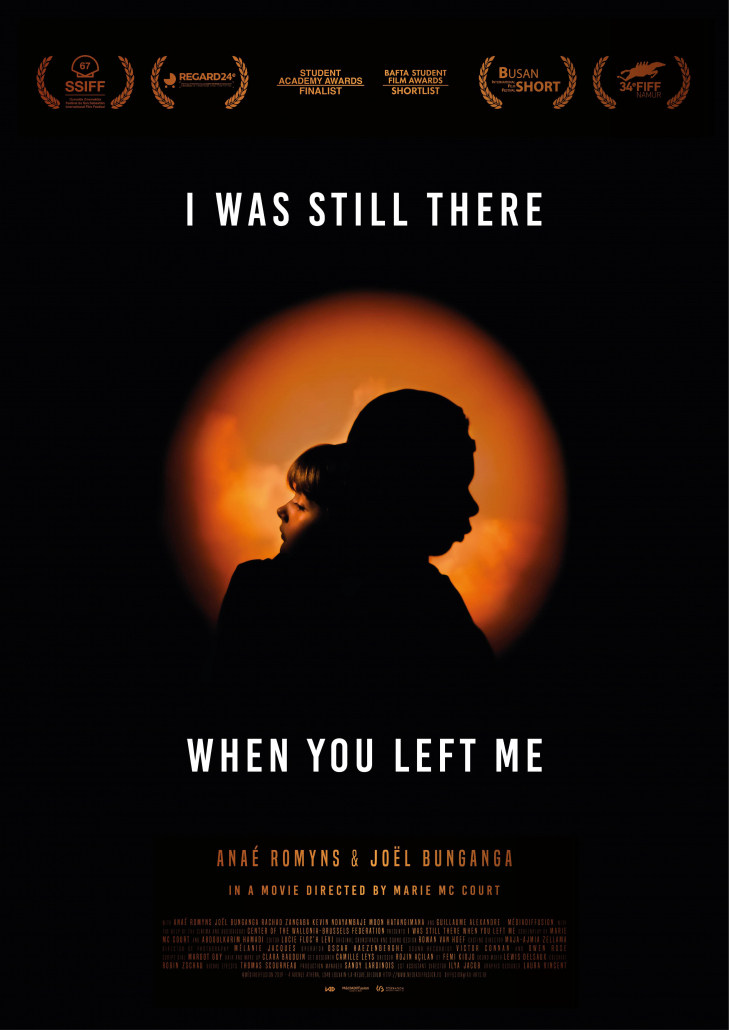 While her tower block is burning, a 7-year-old girl is consumed by guilt thinking she started the fire.

The system we live in ignores a part of the population who lives in precarious and dangerous conditions. As the system is difficult to materialize as a character, we wrote a story in which a little girl sets fire to her building, so that we could evacuate the question of her responsibility. Who’s the real culprit? The absent parents, the people in charge of the safety conditions, the people who built the tower…? The state, which let them build that tower? Why are certain types of violence not questioned and threatening the lives of a part of the population? By using an immersive point of view, I leave information’s off-screen and invite the spectator to invest himself a little more in the narrative. I wanted to create empathy as a tool to avoid the trivialization of violence and suffering.

Marie Mc Court is a Franco-Danish director. In 2019, she graduated from her Masters degree in Directing at the Institute des Arts de Diffusion (IAD) in Belgium.
Her graduation film, I Was Still There When You Left Me, shot with first time actors, won at the Student Academy Awards and was screened at prestigious film festivals worldwide, winning multiple awards.

While developing her first feature and second short film, she’s also doing street casting. Marie gets a lot of inspiration from the people she meets there and uses improvisation on set to incorporate details of reality in her work. She builds her characters on the basis of real life stories, creating sensory experiences embedded in more dramatic social issues and intimate problems. She writes immersive films to use empathy as a tool to break the silent agreement for violence.