EN Canada. From Native nationalism in 1930 to the powerful momentum of the First Nations militancy. Documentary in music. 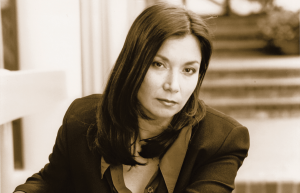 From metis origin, Lives and work in Vancouver. She is an acclaimed author, director and producer. She has her own production company specialised in first nations & crosscultural productions.

“You have to know the past to know the future, knowing our history and reclaiming it, and that’s whether we’re native or non-native.”