BEHIND THE SCREEN: DESPERATELY SEEKING WOMEN 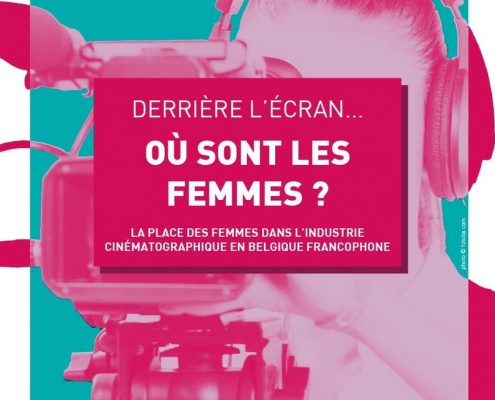 Identifying the place of women in the film industry is a complex exercise. A cinematographic creation calls on a very large number of stakeholders. Cinematographic careers are mobile, changing. We are not facing linear career paths. Therefore, establish a direct link between the distribution of girls and boys out of film schools and the place of women and men in the film trades prove to be hazardous. This study encountered in light of the observed trends and not of the demonstrated findings. These trends, however, are significant for the situation of women in the world of cinema and confirm the findings made elsewhere and especially in other European countries.

The main objective of this study is to illustrate the place of women in the cinema in FWB with regard to the use of public funds. It is dependent on the data available. The study sticks to the funds distributed by the SGAM. The financing of film productions is also very complex. A study remains to be done on the different modes of financing in terms of the distribution of films according to the sex of the directors, the career advancement of women and men in cinematographic production, on the links between budgets, cinematographic genres , film audiences, film reviews and gender of productions for example.

Study conducted by Engender and Elles Tournent with the support of the Wallonia-Brussels Federation.